Located in the presence of 14,000 foot Mt. Shasta in northern California’s Shasta Valley, Steven Seagal’s 5,329-acre Lava Lakes Nature Preserve is a hidden and private paradise. Its seven beautiful lakes are home to numerous species of waterfowl, deer, bass and upland birds that thrive year-round in the safety and privacy of the ranch. The acreage is a beautiful mix of lush irrigated meadows, wild wooded uplands and spectacular rock formations. The massive 14,063 sq.ft. Tennessee white pine square log residence overlooks Barton Lake and has imposing views of Mt. Shasta. The impressive gated estate contains 9 bedrooms and 10 baths, an extensive water system and a backup generator for off-the-grid dependability. There is an additional 4,200 sq. ft. 3-bedroom, 3-bath home nearby with 2-bedroom, 2-bath guest house, barns and corrals. Lava Lakes Ranch is currently operating as a nature preserve and working cattle ranch that supports 200+ pairs year-round. The nearby town of Mt. Shasta offers excellent cuisine, art galleries, golf and the hospitality of one of the nicest resort towns in the west.

Location and Area:
One of California’s hidden treasures is northern California’s Shasta Valley. The valley lies at an elevation of 2,600 feet just south of the Oregon border and is predominantly cattle ranching and hay production. The high mountains surrounding the valley provide the summer water for irrigation of the area’s lush pastures and fields. Streams and creeks flowing through the valley are tributaries to the mighty Klamath River. The spectacular scenery is dominated by the dramatic Mount Shasta which rises to 14,000 feet and is snowcapped all year with glaciers on the Shasta Valley side. 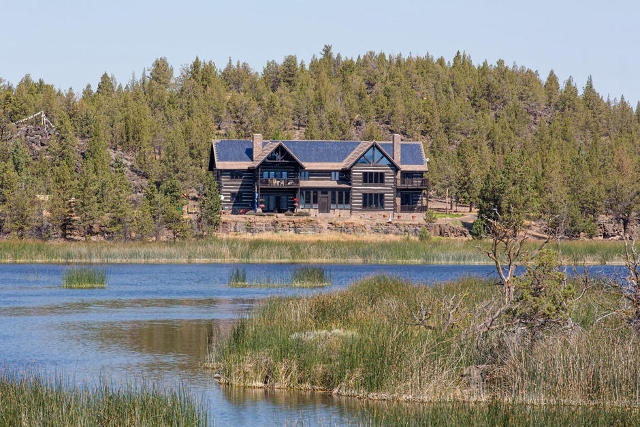 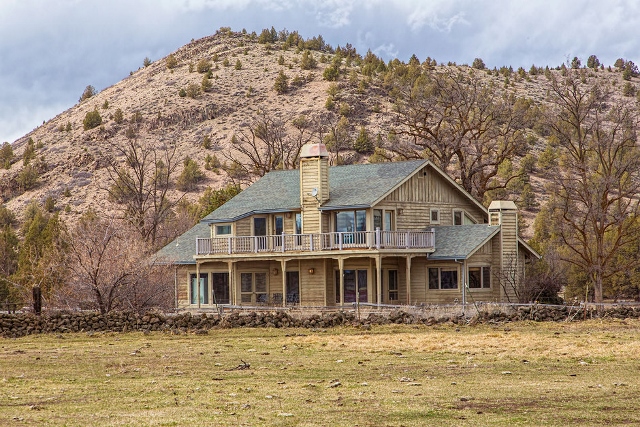 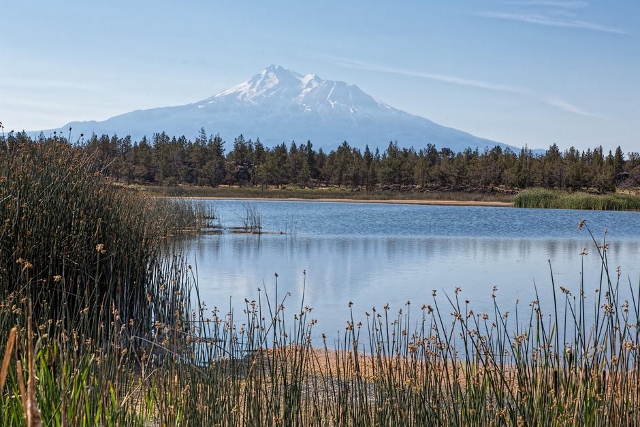 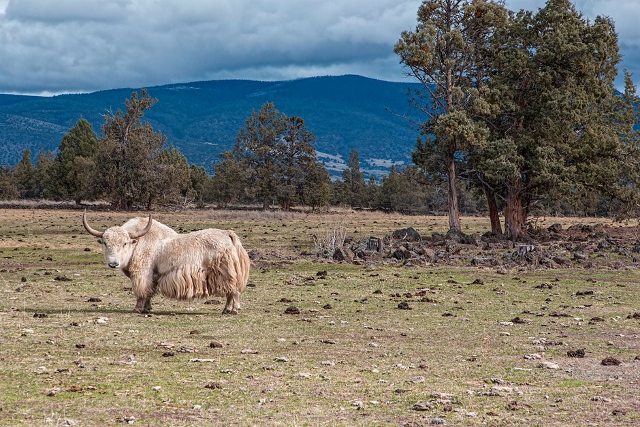 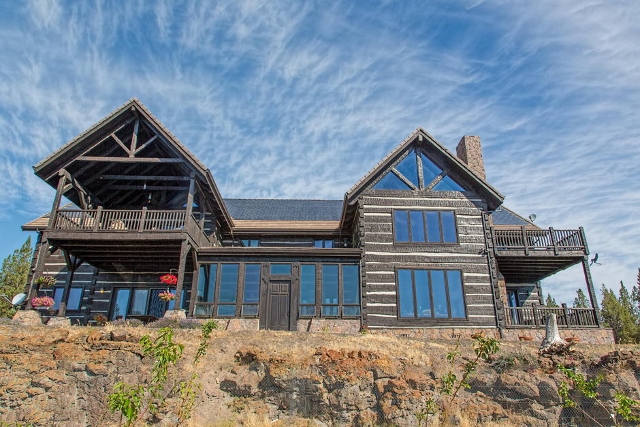 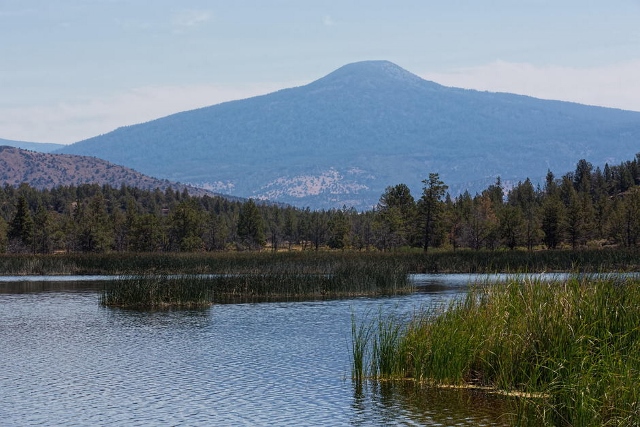 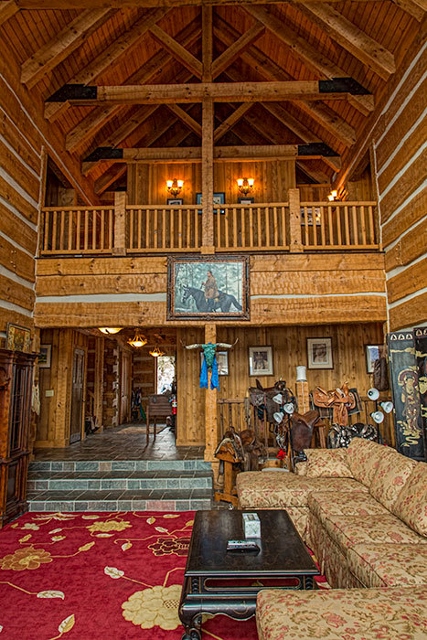 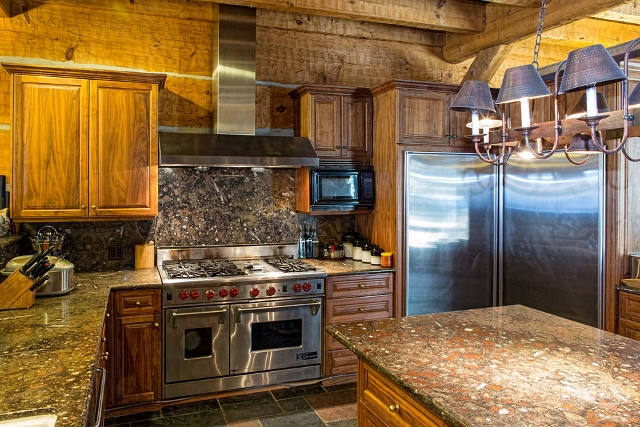 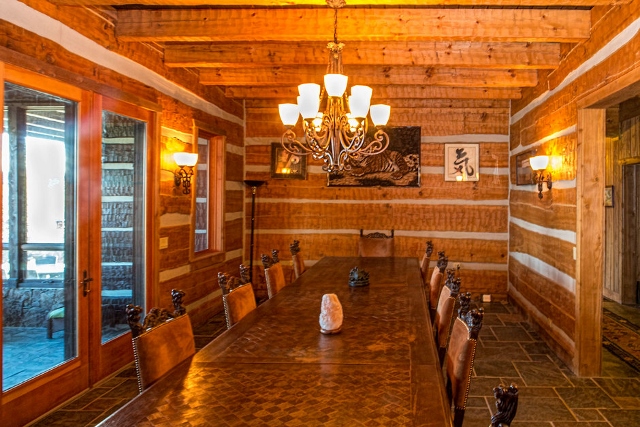 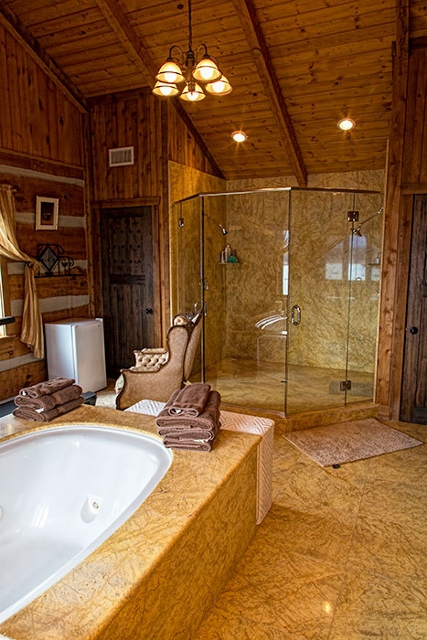 The small alpine village of Mt. Shasta is 30 minutes from Lava Lakes Ranch. Reminiscent of the early ski towns of Colorado, the town has fine restaurants, art galleries and quaint boutique shops. Mt. Shasta’s thriving health food market and restaurant serve as a favorite community gathering site. The city of Yreka with a population of 8,000 is also about 30 minutes away and is the shopping hub of the valley with supermarkets, restaurants and outlets. Three modern cities with all amenities are 1 ½ hours from the ranch: Redding (south of the ranch), Medford (north of the ranch) and Klamath Falls (northeast of the ranch). The town of Ashland, Oregon, well known for its Shakespeare festival, is less than one hour north of the ranch.

Lava Lakes Ranch is 20 minutes from two airports: Weed Airport is accessible for small planes with a 5000’ x 60’ runway at 2,938’ and the Siskiyou County Airport, originally built for the military, has a 7940’ x 150’ runway at 2,648 elevation. For commercial service, Redding has commuter flights to San Francisco provided by SkyWest and United Express. Medford supports flights to all parts of the country and is serviced by Alaska, United, Allegiant and Delta.

Operational Considerations:
The ranching portion and the cattle facilities at Lava Lakes Ranch are currently leased to a local cattle rancher on a year to year basis. The ranch runs 200+ mother cows year around. Approximately 300 acres of irrigated and sub-irrigated pastures are used from May 15 to Dec. 15. The balance of the ranch is non-irrigated uplands that pasture the cattle primarily in the spring. This allows the cattle to be off the irrigated acreage until May 15to establish the grass for the summer-fall season. The upland pastures have three wells on solar pumps and tank storage for stock water. The ranch is perimeter fenced with cross fences to separate pastures. Cutting hay on the irrigated pastures is an option, but the ranch has not been hayed for many years. There is a good road system throughout the ranch to access pastures and move livestock.

Water:
Approximately 120 acres of the ranch are in the Big Springs Irrigation District: a district is based on two large wells drilled at the head of a massive natural spring known as Big Springs. This very secure and reliable water currently costs under $30 per acre foot. The balance of the 300+ irrigated acreage is watered from a large spring located on the ranch. All is flood irrigated through a series of ditches. There are wells near the guest home and at the main house for domestic use and irrigating around both houses and three wells that service the livestock operation.

Improvements:
The main buildings at Lava Lakes Ranch are surrounded by nature and free of access to others providing profound privacy and solitude. The small portion of the ranch on the south has an access road to the Nature Conservancy’s Nelson Ranch.

The Estate – The imposing 14,063 sq.ft. Main House was built on a grand scale with huge vaulted ceilings, exposed hewn log interiors, massive view windows and a roof lined with solar panels. Built of Tennessee white pine square-cut logs, the nine bedroom, ten bath residence overlooks Barton Lake, one of seven lakes on the property. Stone and wood floors throughout the house lead to bedrooms with porches and decks, inviting gathering spaces and cozy rooms with privacy. An extensive water treatment system, backup generator, huge solar display and attached greenhouse attest to the mindful energy efficiency that went into building the estate. Surrounded by nature and accessed via a gated and private road, the main house offers the utmost seclusion.

Olander House Complex – The Olander House complex is approximately one mile from the estate and includes the original ranch home, a guest house with a covered carport entry, a separate two-car garage, two small horse barns and a shop/hay storage building.

Olander House– This two-story, 4,200 sq.ft. home has three bedrooms and three baths. Built in the late 1980s, this home has a thoughtful layout and is situated on a part of the ranch that overlooks the meadows and has stunning views of Mt. Shasta. The original ranch house on the property, Olander House has custom woodwork, cabinets and beams throughout. The kitchen is the heart of the house with a family room nearby to entertain guests.

Recreation:
Hunting: Wildlife on the ranch, including mule deer, antelope, turkey and quail, has been protected by the owner. The lakes on the ranch attract ducks and geese in the fall. The water is lined with cattails and tules providing classic waterfowl hunting.

Fishing: The ranch is a hub for some of the most noted fishing available on the west coast. Thirty minutes to the north is the mighty Klamath River with its renowned runs of salmon and steelhead. The upper Sacramento River, which starts out of Mt. Shasta and flows southerly to Lake Shasta, is considered a premier trout stream. To the southeast of Mt. Shasta, the legendary McCloud River boasts a famous strain of rainbow trout. East of McCloud, the Fall River is one of the finest spring creeks in the nation. About 1 ½ hour from the ranch, the Rogue River in Medford, Oregon, is a noted salmon and steelhead river.

Skiing: Built in 1985, Mt. Shasta Ski Park is the newest winter resort in California and one of the newest in the entire United States. The ski resort encompasses 425 acres with 32 trails for beginners, intermediate and advanced skiers, three triple chairs and two moving carpet lifts.

Shasta Lake: Shasta Lake is the largest man-made reservoir in California and one of the largest lakes in the western United States. When full, its 365-mile shoreline exceeds that of San Francisco Bay. Shasta Dam is the second largest and tallest concrete dam in the United States. Shasta Lake offers excellent fishing, hiking, lodging, boating, skiing, shopping and restaurants.

We wanted the perfect ranch for our family and our horses, Martinez delivered.

Northern California has some of the most beautiful ranches in the country, Martinez helped us find and buy the ranch of our dreams.

We needed a larger ranch to expand our cattle business, Martinez quickly found exactly what we needed.

Martinez helped us find our dream ranch property in Northern California. Their process was seamless and they truly cater to their customer.